The band Maze Of Sound was created in 2012 and recorded its “Man in the balloon” EP in January 2013. On 7th November 2014, “Sunray” album of Maze Of Sound was released. It includes 9 pieces of melodious rock and progressive / alternative / indie rock. Their stories take us to the world where fantasy collides with reality. Materializing characters of particular compositions, we meet Rain Charmer, Mysterious Witch, fly a dangerous balloon or cross the mirror … Perhaps, some of us will find the way out of this maze of adventures, but others will stay for long …

Maze Of Sound’s concerts are very special. During live performance, we try to present so-called “rock theatre”. We use special clothes, masks and gadgets in order to make our concert more attractive. Fantastic Peter Gabriel, Genesis or Marillion are some of our inspirations, but we want to show our own style, sound and idea of Maze Of Sound. We pay a lot of attention to make our concerts something more than only a gig. We guarantee 100% of 2 hours live rock and theatre show.

Since May 2017, we have been working with Music-Live Artistic Agency from Poland. The agency also works with and organizes concerts of many music stars, like Ray Wilson or Riverside:

Since January 2017, we have had non-exclusive management and promotion in Smoothtown Entertainment Network from the USA:

Since May 2015, we have had non-exclusive management, recording and promotion in London, England – Downtown Artists agency and we recorded our next two pieces in their legendary PlaySoho Studios (ex Berwick Street Studio) where David Bowie, Depeche Mode, Ringo Starr, Sex Pistols, Chemical Brothers and Bjork had recorded before. The singles will be released soon.

In July 2016, we joined the roster of Six Degrees Entertainment booking agency from The Netherlands (non-exclusive) among such artists as Limahl, Johnny Hates Jazz, Living In The Box, Haddaway, Kim Wilde or Samantha Fox to name a few. However, we are looking for more non-exclusive management and concert booking.

In August 2016, we joined the roster of Rough Rocker Production booking agency from Sweden (non-exclusive) among such artists as Pete Lincoln (Sweet) or Mick Wilson (10cc).

In September 2016, we joined the roster of Red Lion Music agency from Germany (non-exclusive) among such artists as IQ, Coma 7 or Progstone.

We are happy that more and more big booking agencies, agents and promoters want our band to join their roster and work with them.

Our ‘Man in the balloon’ piece appeared on International ‘Voices for Hospices’ charity compilation CD among Steve Hackett (Genesis) and Pete Trewavas (Marillion) and in german Empire Music magazine CD:

Our new single ‘Mechanic People’ has been included in the digital rock compilation – ‘Ink Tunes volume 27’ released by Eclipse Records from the USA:

Maze Of Sound is in The Guinness World Records!!! Our new christmas 30 second long song ‘Christmas Stream’ (Jingle) is one of 111 songs on The Pocket Gods and friends ‘100xmas30’ Christmas album which was noticed and appreciated by Guinness World Records as a digital album with the most songs on one album! On the album, you can find many artists, like a legend – Owen Paul!:

Maze Of Sound has got its profile on MTV (Music Television Official Website):

In March 2015, our ‘Sunray’ album was chosen Polish Album Of The Year 2014 by Progres Society in Poland:

Piotr Majewski is a professional musician, composer, keyboardist and violinist in orchestra

Arek Pokorski is a session guitarist, Grzegorz played the drums in many bands

Jakub Olejnik is a vocalist and graduated from Music School as a pianist.

We all love rock, progressive, alternative music and always wanted to play in a band. We all played in bands and were looking for our musical path. Of course, we listened to many different bands which inspired us and encouraged to be in music.

Piotr Majewski – born on 20.04.1980. the creator of Maze Of Sound. He is a graduate and violinist of Music Academy in Łódź. He is a jazz and classical violinist, but also a keyboardist (in Maze Of Sound), composer, producer and originator of lyrics. He took part in many projects playing in symphonic orchestras, consorts, etc. He worked with Jon Lord (ex – Deep Purple), Rick Wakeman (ex – Yes), Ray Wilson (ex – Genesis), Krzesimir Dębski and more. Piotr is also a producer and composer of music for film and television. He created Maze Of Sound in order to show his musical ideas collected during a period of a few years and to present a new and unique brand in the music industry. 5 years later, we can say that the music of Maze Of Sound is noticed in Europe and worldwide, so it was worth doing it.

Jakub Olejnik – vocal and lyrics in Maze Of Sound. Born on 6th March 1980. He is a graduate of Music School in Pabianice as a pianist (I degree – 1992). He also attended Music College lead by Krzysztof Krawczyk – a famous polish singer (2005). From 1998 to 2011, Jakub was a vocalist in many rock bands in Poland, like: Schronsi, Junkhead, Mysz, Sound Allowed, Sound Control, Tune or Satisfaction (weddings and parties). Since 2012, he has been singing in Maze Of Sound. The band let him present his vocal and acting abilities – kind of ‘rock theatre’. He has had a lot of success with Maze Of Sound, like: The Best Live Band at Rockowanie Festival in Lodz (2014) and Busko-Rock in Busko-Zdrój (2013), the Best Album ‘Sunray’ by Progres Society (2014), the fourth Best Rock Album ‘Sunray’ at Muzykoholicy portal (2015). Jakub is a winner of Karaoke Contest in WSHE Lodz singing Bryan Adams’ song – ‘Heaven’ (2005). In 2004, he took part in INXS Rock Star qualification in Empire Shepherd Bush, London, England where he met his idols from his favourite band ever – INXS – Tim Farris and Kirk Pengilly. In 2017, Jakub was invited to sing at ‘Airfield on Sunwick’ – the song coming from ‘Black Science’ album by canadian band Machines Dream. The album is now getting more and more great reviews worldwide. Together with Maze Of Sound, Jakub played a lot of concerts in Poland and abroad: England, Germany, Hungary and Lithuania. Also, they were invited to and took part in Sound City Festival Conference in Liverpool, England (2016) and they also attended Midem in Cannes, France (2017)

Grzegorz Śliwka – Maze Of Sound, drums. Born on 01.07.1979. The son of Marian and Grażyna. His first band was Semay in 1993. They played hard rock and recorded EP produced by Piotr Tyszkiewicz. In 1997 / 1998, Grzegorz was a drummer of the band called T.H.O.R.N. playing hard rock as well. They recorded an album produced in the studio of Polish Radio Łódź and played many concerts sharing the stage with biggest rock stars in Poland, like Perfect. In 2003, as a drummer of Gore band, Grzegorz recorded EP ‘Drogi’ (‘Ways’ – english) with a famous polish producer Paweł Marciniak (Various Manx) in Toya Studios. The CD was distributed in Rossmann storechain in Poland and the band played a lot of gigs around Poland. In 2006, he performed with Zakaz Wyprzedzania band. They recorded CD album ’13 poziom’ (’13th level’ – english) which also was produced with Paweł Marciniak in Toya Studios and was distributed in Rossmann storechain in Poland. In 2010, the same producer worked with Grzegorz’s another band – Van Raajs in Toya Studios as well. They recorded EP and played many concerts around Poland. Since 2013,

Grzegorz Śliwka has been playing in Maze Of Sound. The band released their EP ‘Man in the balloon’ in 2013 (Sonar Studio, producer – Adam Potęga) and ‘Sunray’ album in 2014 (FF Studio, producer – Przemysław Kuczyński). At the moment, Maze Of Sound is recording their second album ‘Mechanic People’ (Manximum Records Studio, producer – Paweł Marciniak). The title single ‘Mechanic People’ was recorded in London with Downtown Artists Music Group and producer Itay Kashti in 2016. The band also released their three videos: ‘Rain Charmer’ (2013), ‘Man in the balloon’ (2014) and ‘Reflection’ (2015). In 2017, they will release their fourth video – the title single ‘Mechanic People’. With Maze Of Sound, Grzegorz played plenty of shows in Poland and abroad. He also cooperated with such bands as Zolotar Band, Kameleon and Super Puder (video). Grzegorz Śliwka plays Pearl drums, Istambul cymbal set, Remo drum heads and Pro Mark drumsticks.

Arkadiusz Pokorski – born on 19.09.1992. Guitarist in Maze Of Sound, also composer, lyrics creator, instructor at music camps – B.T.A. Kompas. He is a graduate and lecturer of Marek Kądziela’s Music School in Lodz. Arkadiusz is also a graduate of Sound Production and Realisation in Warsaw, Poland. He is a student of such famous polish guitarists as Marek Kądziela, Maciej Lipina, Bartek Papierz, Jacek Królik and Grzegorz Guzicki. Arek has been awarded the Minister of Education and Culture’s Statue for his individual compositions. He is a very active musician playing with bands as well as with solo artists. He is a pedagogue and animator of culture. He often lead rock workshops, lectures and cultural events in Poland. Arkadiusz was often invited to many music projects as a session guitarist: from mainstream, electronic music to progressive music. Arek ‘Shredder’ Pokorski has got a characteristic sound, specific approach towards music and an expressive stage figure. 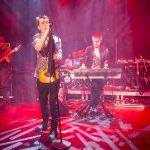 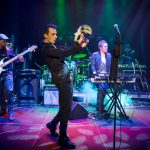 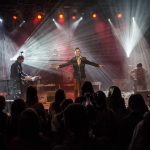 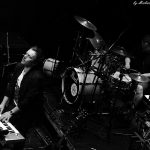 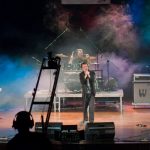 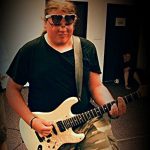 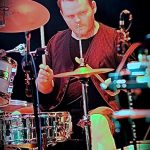 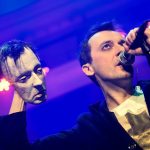 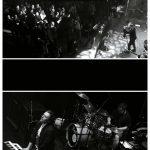 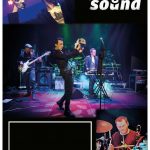 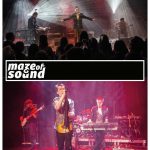 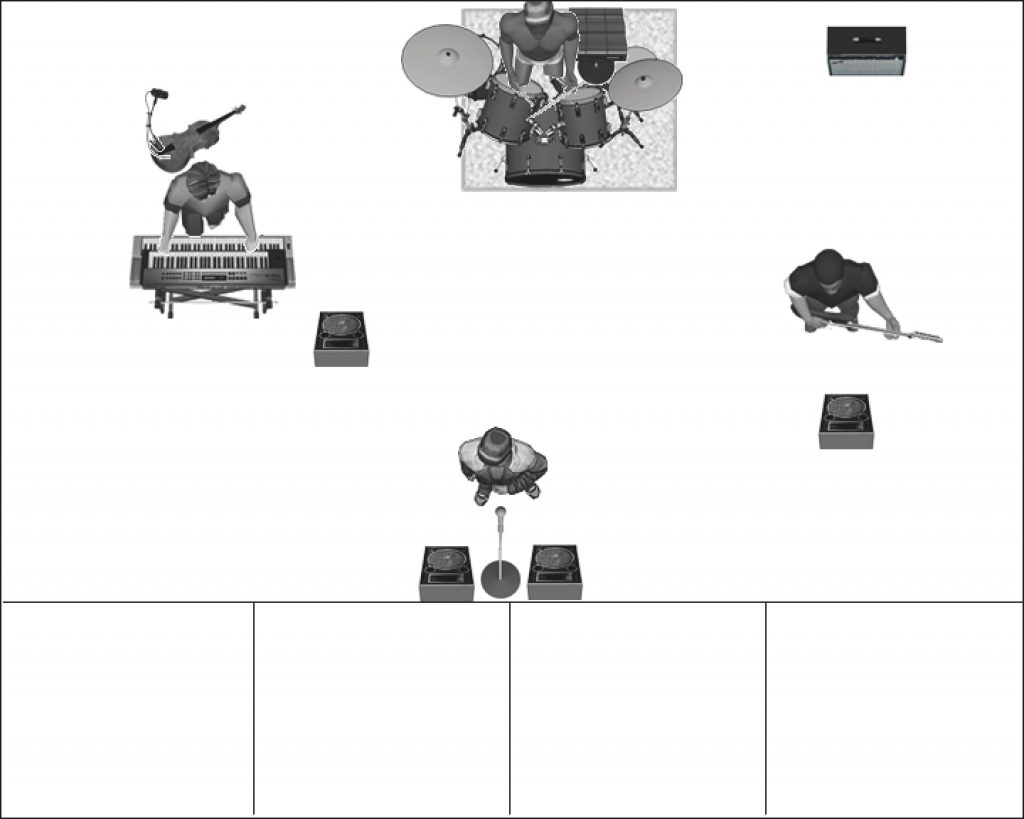 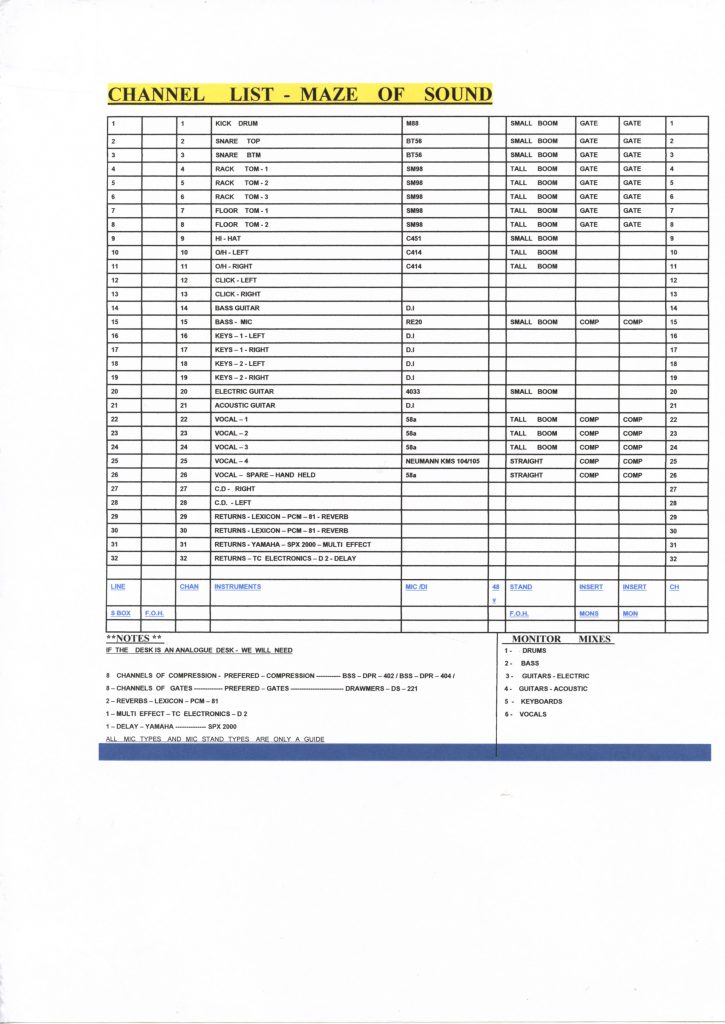