China Crisis is an English pop/rock band. They were formed in 1979 in Kirkby, near Liverpool, Merseyside with a core of vocalist/keyboardist Gary Daly and guitarist Eddie Lundon. China Crisis were originally assimilated in the batch of new wave Liverpool acts of the late 1970s and early 1980s, led by OMD and also including The Teardrop Explodes, A Flock of Seagulls and Frankie Goes to Hollywood.

China Crisis had success in the United Kingdom in the 1980s with five Top 40 singles and three Top 40 albums, as well as commercial success in Western Europe, Australia and the Americas.

Founded in Liverpool, England by Gary Daly and Eddie Lundon. The two started working together in 1979 after leaving school.

China Crisis debuted in 1981 with the single “African and White”, then followed another single “Scream down at me” in 1982. Both these releases were on a small Liverpool independent label, Inevitable Records.

The band was then signed by Virgin Records who re-released “African and White”, which then became a minor UK hit, reaching number 45 in the singles chart.

The album spawned two more singles “No more blue horizons” and “Christian”, the latter peaking at number 12 in the UK singles chart.

“Working with fire and steel”

At this stage Kevin Wilkinson (drums) and Gary “Gazza” Johnson (bass) had joined the band. Kevin Wilkinson will further on in his career share his time between his commitment to China Crisis and playing together with The Waterboys, Proclaimers, Squeeze etc.

The guests performers on “Working…” included Steve Levy on oboe and Anthony Thistlethwaite (The Waterboys) on saxophone. The oboe sound of Steve Levy became some sort of a China Crisis “trademark” during this period.

The third single from the album, “Wishful Thinking” became China Crisis’ biggest hit, reaching number 9 in the UK and charting all over Europe. It was voted most popular song of the week on the swedish radio show “Poporama” in the spring of 1984. Later in the spring “Hanna Hanna” reached no. 44 in the UK charts.

China Crisis toured with Simple Minds in Europe during 1984, not recieving that good reviews for their live performance (at least not in Sweden).

With a growing reputation after the success of “Working with fire and steel”, China Crisis attracted the interest of Steely Dan founding member, Walter Becker.

Becker came to produce their third album “Flaunt the imperfection”, released in april 1985. Becker has claimed that he was not the band’s first choice as producer, they apparently wanted Brian Eno but he wasn’t available.

The result became very smooth and slick, and very “steelydanish”. The album was to be the bands greatest success to this date, reaching no. 9 in the UK charts and sending them on an extensive tour.

Featured singles are: “Black Man Ray” (UK no. 14), possibly their best song. “King in a Catholic Style” (UKno. 19) with a very entertaining video clip to back it. “You Did Cut Me” (UK no. 54) and “The Highest High”. At the time of the release of “You Did Cut Me” (September 1985) a video, “Showbiz Absurd”, was released, including the promo clips for “Christian”, “Working with Fire and Steel”, “Wishful Thinking”, “Hanna Hanna”, “Black Man Ray” and “King in a Catholic Style”.

With Brian McNeill (keyboards) having joined the band, they recorded “What Price Paradise” with Clive Langer and Alan Winstanley producing. The album was released in November 1986 and reached no. 63 in the UK. The album is in my opinion the bands best to this date, sadly underated by critics and the public.

“Diary of A Hollow Horse”

After a lengthy absence from the limelight, China Crisis resurfaced in May 1989 with the single “Saint Saviour Square”. The single’s lack of success didn’t help rocket the following album “Diary of a Hollow Horse” to any commercial heights. With Walter Becker back as main producer (8 of 11 songs) and recorded on Hawaii, in Los Angeles, New York and London it has the scent of summer and Steely Dan! In retrospect a very good album.

Mike Thorne produced the remaining tracks including both singles off the album “Saint Saviour Square” and “Red letter day”.

China Crisis toured the UK with support act The Highlanders, following the album.

Compilations, leaving Virgin and splitting up

In August 1990 the first China Crisis compilation album was released, “Collection, The very best of China Crisis”. Featuring almost exclusively singles, a lot of essential material is left out from this offering. Though, this compilation was released also as a limited edition double CD featuring some of their best B-sides on the second disc. This double compilation is a truly wonderful sum up of their career from 1981 to 1989. A remix of “African and White” preceeded the album as a single. This remix by Steve Proctor gave the song a completely new flavour, excellent!

“Diary – a collection” from 1992 features a few more album tracks and B-sides and is a more interesting compilation than the first one. This one also has some nice liner notes.

After Virgin wanting only Daly and Lundon to stay on the paylist, China Crisis left Virgin since the band was so important to the members after playing together for eight years. The band actually split at this point in time because of financial reasons, being a pop band without a contract didn’t pay any bills for the five family men.

In September 1994 China Crisis returned, now with Terry Adams and Mark Phythian being new additions. Kevin, Gazza and Brian no longer with the band. Kevin and Gazza contribute to one song each though and one song, “Hard to be Around”, is dedicated to Kevin.

The album, “Warped by Success” is far from their best moments but still a welcome return. A few songs show that they still have the ability to write wonderful pop songs, the only (?) single “Everyday the Same”, “Without the Love” and “Hard to be Around” in particular.

“Warped by success” was released by Stardumb Records.

Released in the autumn of 1995 to critical aclaim, it showed a China Crisis as brilliant as ever, being confident about the power in the songs. Showing that though the sound on some of their earlier offerings are quite dated, their songs are not! Most of their “greatest” hits are here and a some more recent songs all in splendidly revamped versions.

The highlights are “Wishful Thinking”, “It’s Everything”, “Black Man Ray” and “Diary of a Hollow Horse”. The album was recorded at the Neptune theatre in Liverpool and a tour followed.

“Black Man Ray” was the single of the album, released in 1996. On the single there was a version from the Neptune theatre show of “Here come a Raincloud” (from “Working…”) that features Pete Coyle from The Lotus Eaters on vocals.

There is also a video from this show available.

One hopes that the success of “Acoustically yours” will inspire to further efforts from China Crisis, but to this date, this is the story of China Crisis, a very special case history! 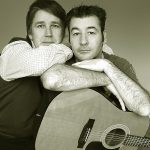 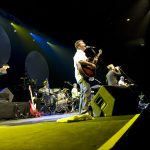 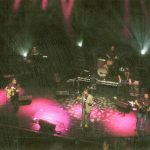 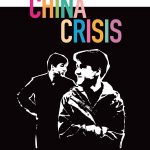 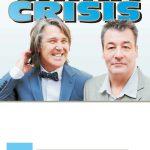 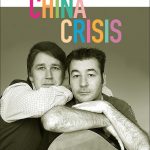 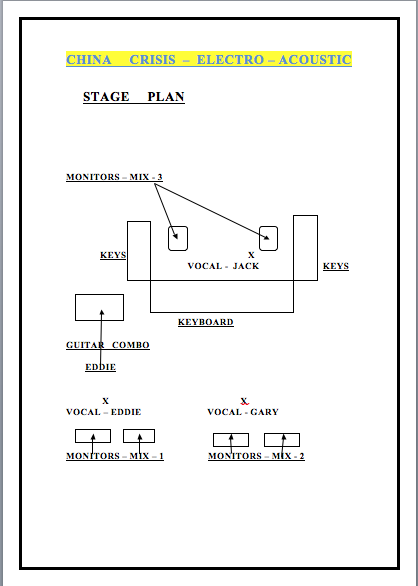 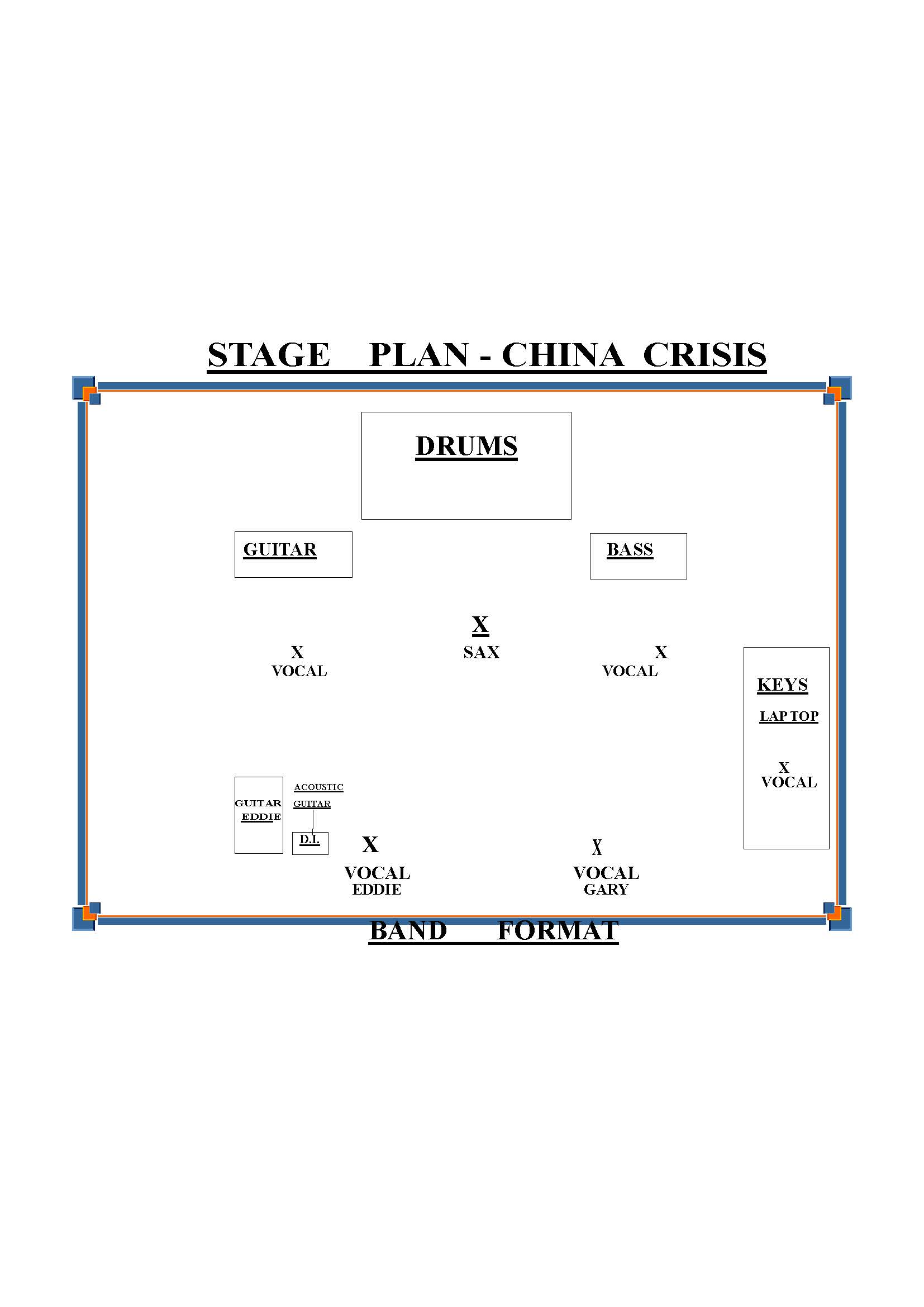 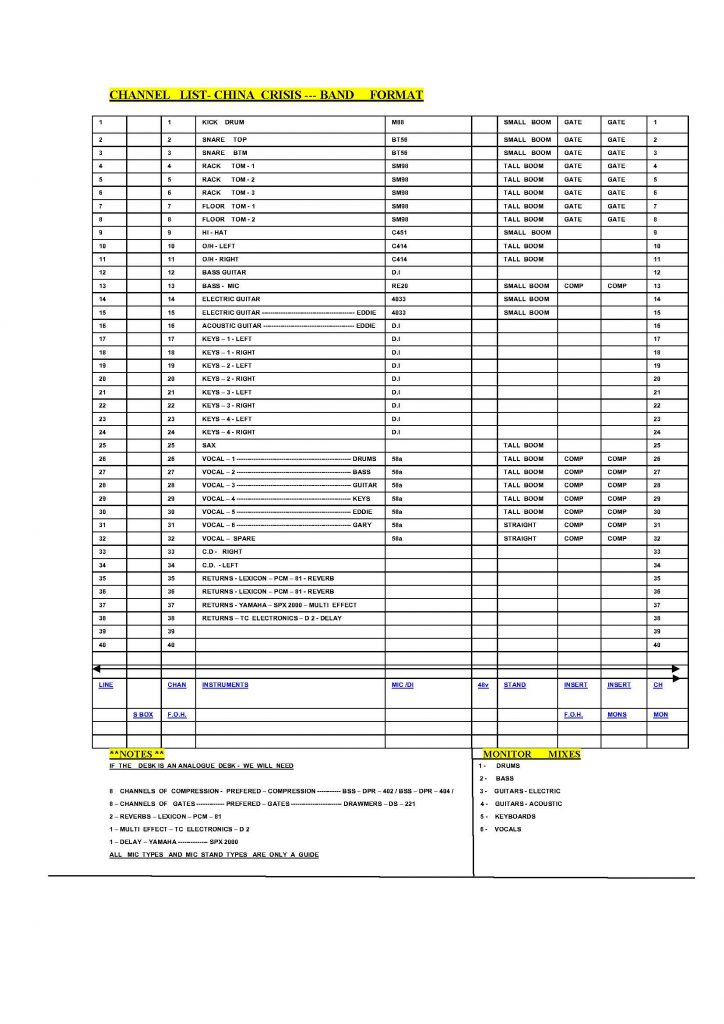 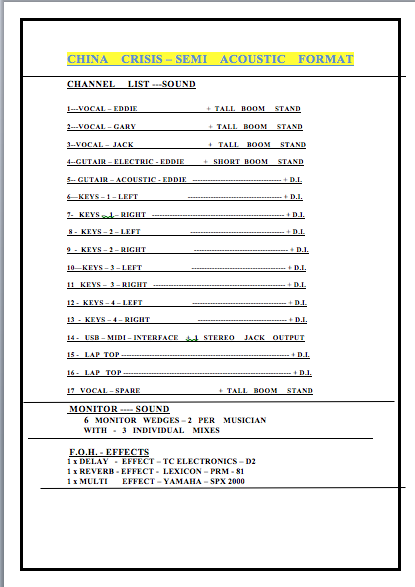